Discover the better dive sites and where you can dive them from.

Image thanks to Nick Turner 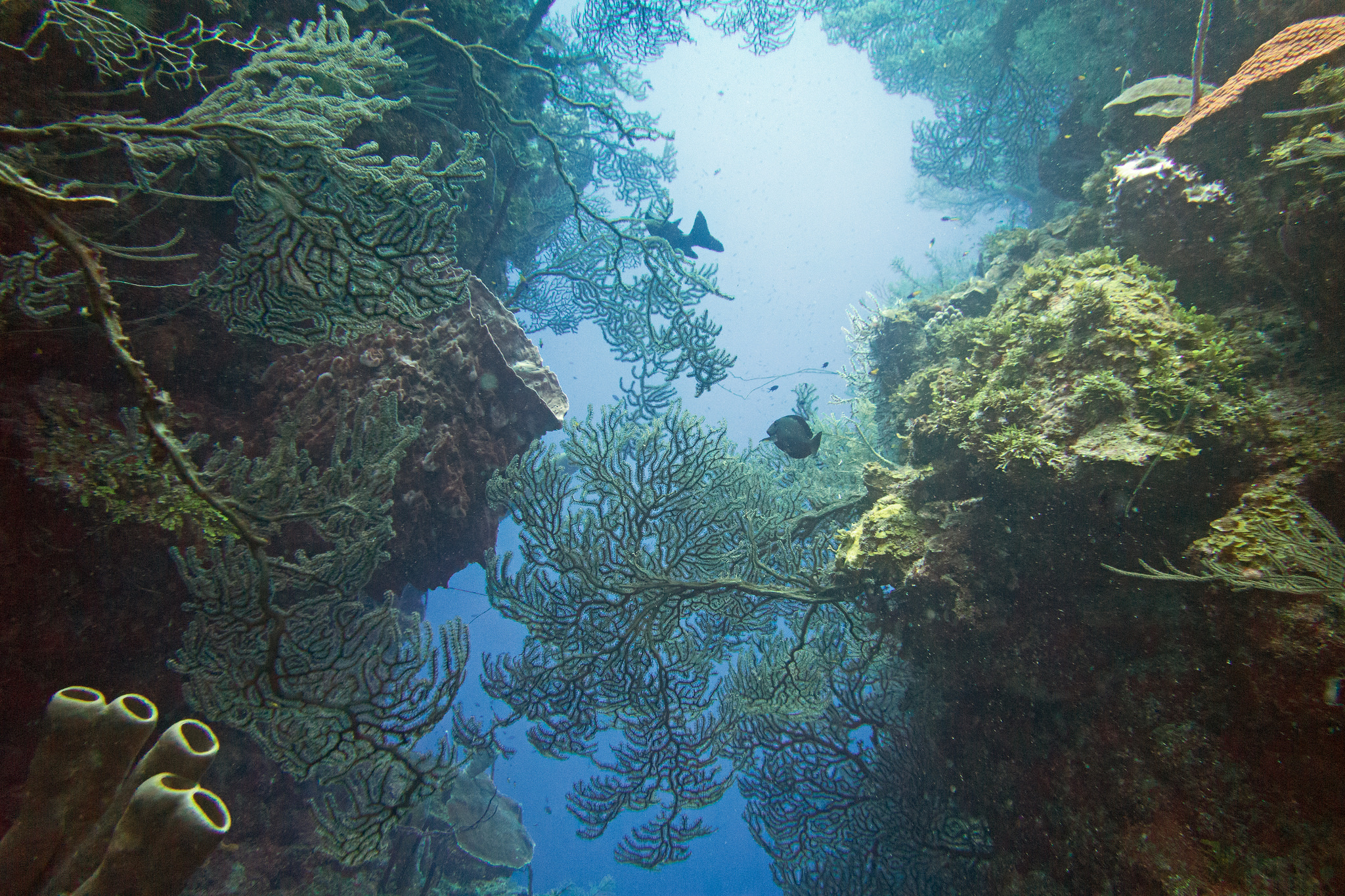 Mary’s Place, one of the best dive sites of the world is situated on the southern side of Roatan, near to Brick Bay. It has a blooming marine life through its reef and two cracks with fascinating coral augmentation along the cracks’ wall.

This place got its name from one of the adventurous diver, who named the place after his wife’s name Mary. Initially, he named it Mary’s crack but soon realized that it is not sounding that good, so he changed it and named it Mary’s Place- much better!

Through the word of mouth, Mary’s Place has become a known name for the divers all over Roatan. It isn't usually too crowded as it is too far for a main dive or the west end and west bay dive shops. If you have the patience to wait for a trip or bad weather, then it is a paradise for the divers. In bad weather the south side is calmer and better.

Once you are in the maze, you can swim between the cliffs and sheers where deep coral canyons are in their best form. The soft but rich coral that you will find in here is unmatched for and you won’t experience anything like this in any other part of the Caribbean. The soft coral seems to be better than the north shore of Roatan.

Apart from the coral life, there are several golden and green sea rods for your company. You will also come across sea plumes that are quite feathery looking. Then there are lots and lots of tube sponges and barrel on this site. Copious marine life makes their presence felt all through the cracks. Spotted drums, lobster, channel crabs, creole wrasse, etc. can be witnessed in here, along with occasional turtles and stingray.

The famous 120 feet/ 36 meters deep vertical crevices of Mary’s Place are formed due to the archaic volcanic activity. Here you will find a triangular plateau that starts off at 30 feet and gradually slide down towards the apogee of the triangle that is about 18 meters or 60 feet. The fissures and the narrow cracks of Mary’s Place is a paradise for the divers who love to explore the world that lies hidden under water.

This site is not for novice divers. The depth of the crevices and several sections of the narrow crevices require expert buoyancy control and so it is best suited for the intermediate to expert divers. Snorkeling is the best option for the non-divers in the shallow region where they can experience the coral heads clearly because there are some coral heads that rise up to the edge of the wall at 40’. Indeed anywhere is good to snorkle in Roatan.

A few years back, an earthquake has created three sections of the underwater peninsula. The expert divers can swim through multiple colonies of protruded wire coral, feather and bushy black coral towards the beginning of their dive. Then as they move further deep into the peninsula, they will find huge concentrations of cobalt vase sponges towards the southern tip along with gorgonians and barrel sponges throughout the entire section. Once you cross the passageways, you will find yourself in a beautiful diving section where several other marine lives are ready to welcome you.

But, remember not to remove anything from the ocean as a souvenir. Be a responsible diver and lead by example to maintain the beauty of marine life.