Back in Honduras again, welcomed with a smile and some sunshine it was a relief, after my worries about them not letting me take the flight. This is why these large nights are no longer worth it for me, I just think ive done it all good and proper and can let go of this part of my recreational life, time to take up crochet (how is that spelt???).

So I landed right smack bang on the island, didn’t want to do the chicken bus thing again

Although it wasn’t too far I wanted to maximize my chances.

So it’s the WET season and im not talking a bit of rain, it is also the high season. When It gets wet some people get high. I don’t like the ganger (ganger is a word, in the word dictionary on this pc-cool- it must have been the cool type of new age executives we see in the commercials) so its reading and studying diving for me. Although we didn’t dive for a week now. The boat needs to get through a thin slit in the coral and it is dicey to say the least with the chop. Nothing surf able around here so its kind of frustrating in all. But as I knew it would be the dive shop is cool and the people nice. I am now staying in a nice place very young and old alike (people) and can cook to save on the Lempiras (Honduran currency)

Cheers daz for that arsenal result I heard we got another 5-1 victory against wolves in the carling cup, and it was a bit of a second team, all the best results I’m missing, including yes I’ll mention it again

THE WORLD CUP. STILL HAVENT SEEN THE GAME. And I call myself an armchair sports fan. 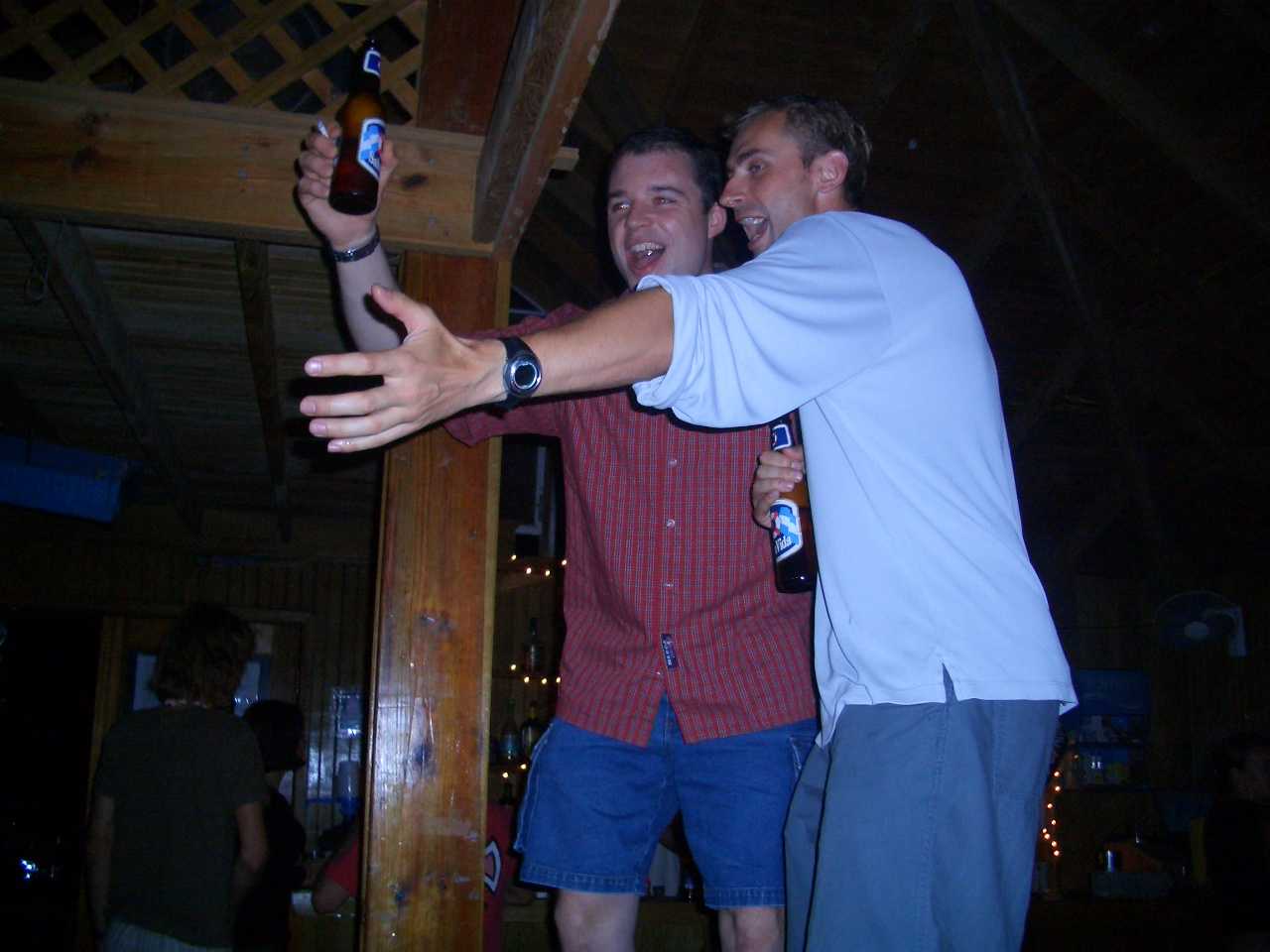 The first week was mostly diving so I did get some in, and it has been a very nice start, things will recommence when we get past all this bad weather. I need to get 60 dives before I can be classified as a padi dive master and I would like to leave with about 120 dives.

This won't happen now, but interestingly after I can work as a professional in the dive industry. It is costing me 450 USD for the course, and I am diving for free as much as possible. If I were to pay for dives, which are 15 USD per tank if you bought in bulk at mates rates, it would get very expensive so essentially it’s a great way to dive.

And with a good atmosphere I’m glad I decided to do it. The next step is instructor, (Natalie you know all this and have done it and you are now doing it for real-cool I made a joke= Safely Ascend From Every Female Diver ;-)  ) and (Cathy I don’t know much about the French organization but im jealous you get to dive every week end.) lionel you should just get your open water done in Mexico, it would be worth it. We can then do some in Cornwall when there is no surf.

Steve how is yours coming along? 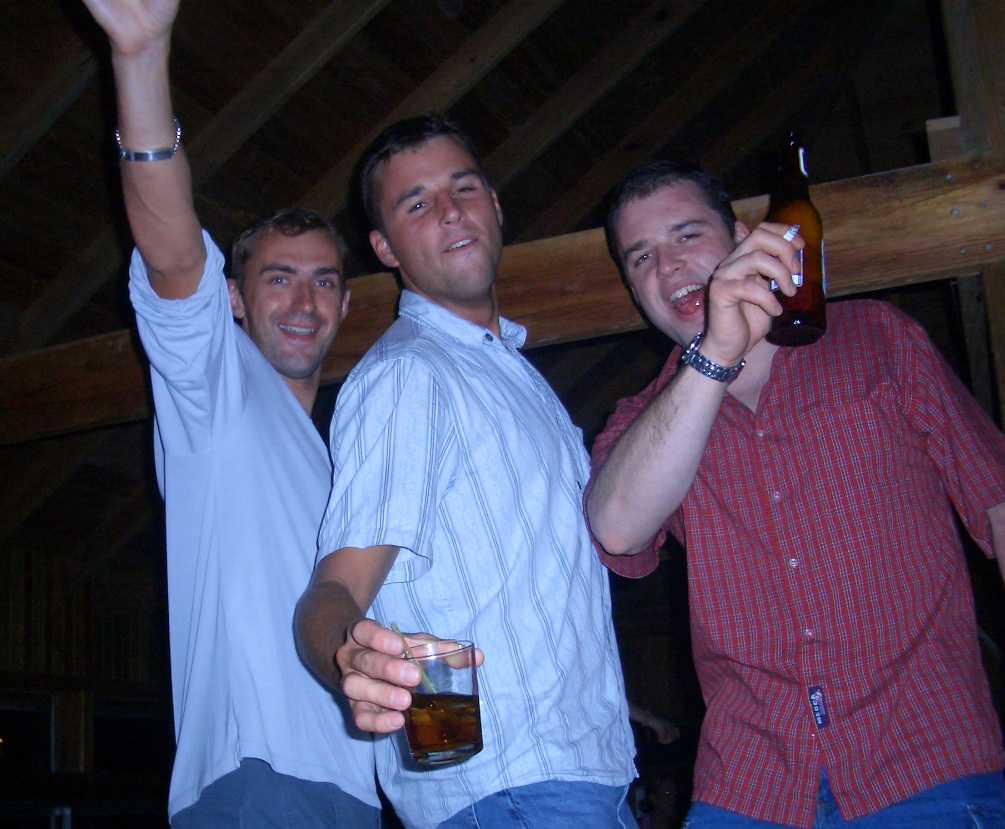 Instructor would be cool, but you know its real nice just to feel like you do something fun and worthwhile, like ploughing a field back in the SHIRE.

This could be it the break I need to get the skills to work outside the uk! And in fun places although one will never be rich, I never care for that anyway. And one can never be rich thanks to the tax man, not  these days.

Today was spent playing American football on the beach, I had earlier gone out and was about to make a wonderful interception- as I moved into the acceleration phase so fast in fact that I hit the jump phase quickly and did feel but could do NOTHING  about my flip flop leaving my foot slightly at a near perfect 45 degree angle. The ball was tipped, not caught gracefully saving the touchdown but the cost was me falling rather spectacularly the oakleys going right , into a puddle and my walkman on my hip being saved by a body half twist mid air rolling right ,saving the left mounted music device from sure fire rupture. The crowd cheered and there were no broken bones , points were no doubt made with the ladies (???). I went about my journey (as I was not playing at this point, I was simply passing through as it was- like the 40 year old man walking along and a football comes his way, and tries some slick on the ball maneuver when he needs to just return it and it ends up being further away from the players than when he started etc..) like it was all in a days work.

31 came and I think it was well celebrated with some great diving earlier in the week. It makes me wonder what I will be doing when 32 comes a whole 8 years before I feel qualified to return a football to a bunch of youths! But hey I just might be a divemaster by then or even an instructor. Dive shops are cool I would like to have one.

Its raining outside- buckets, I need to find a female to knock over the head and drag back to my cave…until later